The Quietest Virtual Desktop Environment: VDI at the Library

Personal computers have been fixtures in public libraries for years. But IT administrators in the private sector might assume that supporting users in the "Shhhh, be quiet" world of libraries is easier than accommodating them in the rough and tumble world of business.

Please don't tell that to Clyde Gamboa, who as director of information technology in Orange County, California, has responsibility for 1,000 desktop PCs in 32 library branches. 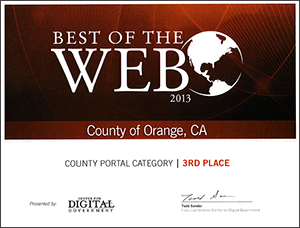 The County of Orange ranked was ranked 3rd in the nation among County governments for its innovation, functionality, productivity, and performance.

For the past 18 years, the Best of the Web Awards program has honored outstanding official government Web sites. They recognized the County for its ability to adapt to the changing technology landscape and create a first-class public and business services.

The County of Orange Ranked 4th in 2009 National Survey 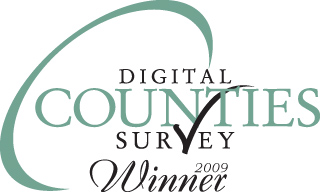 The County of Orange ranked 4th when compared to other counties with a population of 500,000 residents or more. The County is proud to have moved up from its 10th place ranking last year.

The 2009 Digital Counties Survey is an annual study by the Center for Digital Government and the National Association of Counties (NACo) that identifies best practices and recognizes counties throughout the nation for exemplary digital service to their citizens.

At this fall’s meeting of the California County ’s Information Services Directors Association (CCISDA), Orange Countywas presented their award for excellence in collaboration. This award is the result of several months of planning between Orange and Los Angeles Counties to establish and provide LA County with a formal Disaster Recovery facilitywhile significantly reducing the Orange County Data Center ’s (OCDC) overhead cost through shared locations.

LA County was searching for a suitable location to house their Information Technology Disaster Recovery site. Prior to LA County selecting the OCDC, they performed a stringent panel of tests and assessments. They validated the seismic design, power and HVAC infrastructure, performed soil samples, and assessed our security systems and policies.

Similar to CEO/IT, LA County has an IT organization that supports and provides IT services to departments and agencies. The OCDC, managed and operated by CEO/IT, has been actively working with the private sector and other State and local governments to provide solutions through shared locations. The net result of this collaborative “Out of the Box” approach is thatOrange County will save in excess of $2.5 million dollars in 2008 alone.

Today, the OCDC not only houses a significant segment of Orange County ’s Information Technology (IT) infrastructure and LA County’s Disaster Recovery Center , but it also supports almost 60 private sector shared location clients. Other local government organizations are showingan interest in following LA County’s lead. In Dec., CEO/IT staff will travel to Ventura County to present a similar approach for their consideration. The CEO/IT Operations team, led by Director KC Roestenberg, made this collaboration happen.

Demonstrated Excellence in IT Operations, Support and Service

In 2006, the Orange County Probation Department working collaboratively with the CIO as a team, under the direction of KC Roestenberg, decided to store their essential computer systems at the County Data Center and to move many of them to a Virtualized Server and Storage Area Network (SAN) environment; based on business needs, cost efficiencies, assessment of the department’s technical requirements and increasing need for 24/7 operational and technical support. The decision paid off when in March a sprinkler head flooded the probation facility where the technical data was stored, and the critical system lost communication with the data center. KC’s efforts ensured that timely alerts, rapid response and servers located at the data center allowed a 100 percent data recovery and restoration of servers in less than 24 hours.