Implementation of a Countywide Converged Voice and Data Network (VoIP)

The County’s current ten year, $250 million Information Technology (IT) Sourcing contract with Xerox ended in June 2011. Recognizing the need to provide continuity of service, the County made a decision to rebid the contract and began the process of developing and issuing an RFP in 2009. The process has been complex and has included participation from many County Agency business and technical leaders on the selection team.

At the same time, the County’s existing PBX-based telephone system has reached the end of its useful life and the County’s data network has become more complex and difficult to manage over time. A decision was made to include a scope in the IT Sourcing RFP to replace the current systems with a converged network that allows both voice and data to be carried over a single network, as opposed to the two separate networks that we have in place today. The telephone system will be Voice over IP (VoIP) based, which has several advantages over the current system, including lower cost of ownership and easier management. Additionally, this initiative seeks to ensure that the County operates as efficiently as possible and is in line with IT industry standards that have evolved over time. 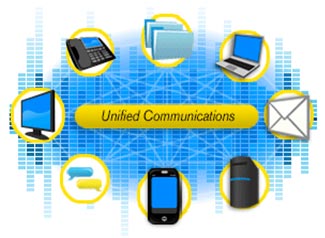 Some of the key benefits of the proposed new VoIP system include the following:

The new VoIP system will be implemented over an 18-month period, beginning in April 2013. Implementation of this system will enable the County to provide improved network, voice and application services at reduced costs going forward.