Established in 1992, the Orange County Data Center (OCDC) was built as a state‐of‐the‐art computing and telecommunications facility. The OCDC provides services to federal, state, county and local governments as well as commercial customers. 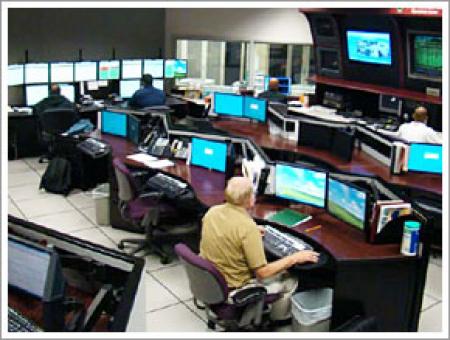 The facility was designed to withstand a substantial earthquake, and has built‐in redundancy for critical components such as power with generator and battery backup. It is operated and managed by CEO/IT 24x7x365. At 66,000 square feet, the OCDC is the County’s largest information technology facility, and is home to many of the County’s most critical applications including CAPS+ HR and Financial Systems, Assessor Systems and ERMI. The OCDC hosts 3,000 servers for approximately 30 public Agencies/Departments and private, multi‐national companies. These servers run software applications or enable computers to communicate, store or process information. Orange County’s servers have gone “green”, resulting in a reduction in our carbon footprint equivalent to the removal of 178 automobiles from the street on an annual basis.

An independent assessment concluded that the Data Center’s technology infrastructure is in the top 10% of public sector data centers.